My process for these blog posts is to write something and then my brilliant husband will edit it. And if I have not done it yet at this point, I want to publically thank him for making me sound intelligent. Photos are added after the fact so he never sees the full product until it is published. Last week as he was going through my post and got to the Long Timer Spotlight, I heard a chuckle from the other room and a question as to whether this cat I was talking about was really some nightmarish monster with tentacles – huh? Apparently Ktulu is a Metallica manipulation of Cthulhu, an H. P. Lovecraft cosmic creature of terrifying form.

He’s a cat with a goofy face. He needs a better agent. And so, Charlie and I went by the Knightdale Petco after dinner on Friday night and spent a little time getting to know this cat. We got some pictures and I am posting his story here in the hopes that we can come up with a new name for him – a name that will catch the attention of his furever family. 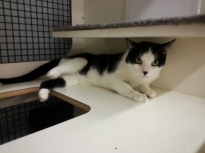 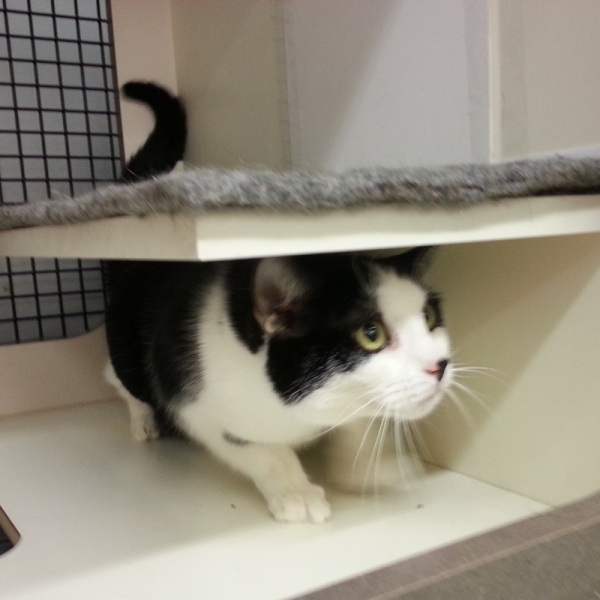 My submission for a name change is Captain Jack, as in Captain Jack Harkness of Dr. Who and Torchwood. Just like the character, this cat likes girls and boys alike, he wiggles his butt in happiness and is as cute as can be.

But leave comments about who you think this big boy looks like and should be named.

“Ktulu” is available for adoption through the Wake County Animal Center. He is currently hanging out in the PetCo in Knightdale, on Hwy 64 just north of I-540, looking for love. Not only can you visit him there, but they can process the adoption for you and as he’s neutered he can go home with you right away.